Debuting in Florida This Month, Hiro Saketini Is the First Saketini RTD in the US Market And Will See Additional Flavors and Distribution Across the U.S. in 2023.

MIAMI, Dec. 6, 2022 /PRNewswire/ — Hiro Sake®, the award-winning, handcrafted, premium sake from Japan, is proud to announce the introduction of HIRO SAKETINI, the brand’s first Ready-To-Drink canned saketini cocktail and the first saketini RTD in the US market. Hiro Saketini will debut with a Black Cherry and a Watermelon Saketini in Florida this month at on-premise accounts initially, following to the off-premise market. In Florida, Hiro has named Breakthru Beverage Group as their distributor partner for Hiro Saketini. Distribution and additional flavors will expand across the U.S. in 2023. 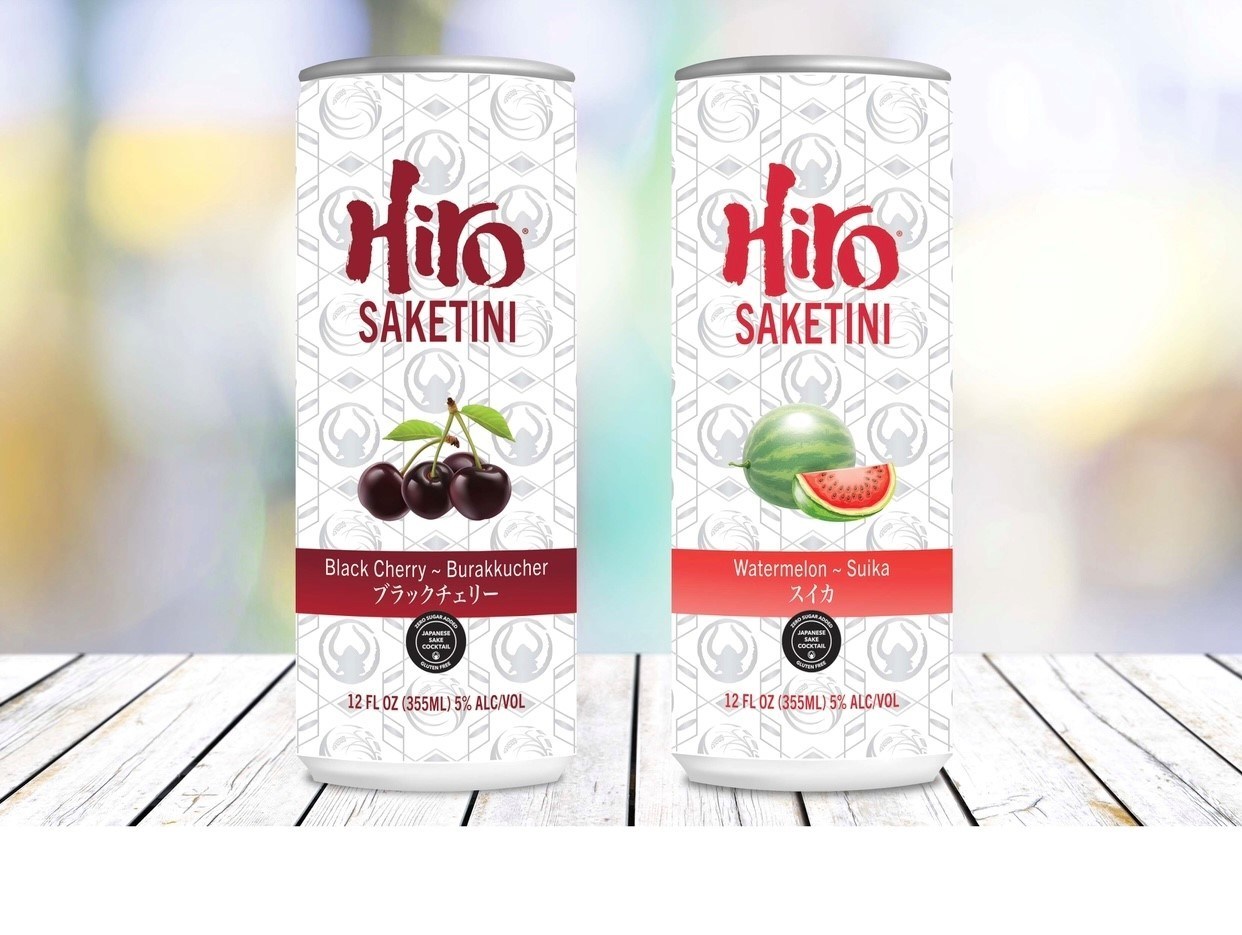 Award-winning Hiro® Sake announces the debut of Hiro Saketini ready-to-drink cocktail. Debuting in Florida this month with Black Cherry and Watermelon, Hiro Saketini Is the first saketini RTD in the US market and will see additional flavors and distribution across the U.S. in 2023.

Consumers are embracing single-serve, ready-to-drink cocktails for their convenience to enjoy well-known drinks at home, at the beach, at a party or in other off-premise settings. According to DISCUS (Distilled Spirits Council of the US), spirits-based single-serve ready-to-drink cocktails are currently the fastest growing segment, up 42% in 2021 vs. previous year resulting in $1.6 billion in sales.

“When we launched Hiro Sake in 2011 we were hopeful that the U.S. market for sake would grow, develop and mature – and it did,” says Carlos Arana, Hiro Sake co-founder and CEO. “We are now moving into the quickly growing RTD segment as a brand extension to our bottle business. We noted that there are very few RTD products that use sake as a base and Hiro would be the first RTD line extension from an existing sake brand.It is the perfect serve for consumers that are looking for an easy-to-drink, easy-to-transport delicious, light and refreshing drink.”

The Saketini is a well-known cocktail that has been around for more than 40 years and is a staple drink at many Japanese and Asian restaurants. The Hiro Saketini is made with imported Japanese Hiro Sake Red, a junmai sake brewed in Japan, which is blended with natural fruit flavorings and carbonated water.

“We have seen the explosion of the RTD sector of the market,” says Marco Destefanis, Hiro Sake co-founder and Chief Marketing Officer. “We firmly believe that the saketini is a great opportunity to enter the RTD category and are proud to bring the first saketini RTD to this new and rapidly expanding segment. It was a very natural progression for our company, after more than 10 years in the sake business.”

In other Hiro Sake news, the brand was originally launched in 2011 with the award winning Hiro Red a junmai sake, Hiro Blue a junmai ginjo sake and in 2016 introduced ultra-premium Hiro Gold a junmai daiginjo sake. Hiro is made using only specially polished rice from premier rice-growing regions in Japan. The brand is available in more than 20 markets in the US, in Mexico (2015), in Canada (2016), in Japan (2018) and in the Caribbean and Australia (2019). The brand survived the pandemic by concentrating on fewer, key markets and has recently changed distributors in California to Wine Warehouse and in New York to LNJ Brands. In Texas, one of Hiro Sake’s biggest markets, the brand has seen significant sell-through in the off-premise.

Hiro Sake is premium Japanese sake brewed in JAPAN. Hiro offers Hiro Red (junmai), Hiro Blue (junmai ginjo) and the ultra-premium Hiro Gold (Junmai Daiginjo). In 2011 Hiro’s Toji (Sake Master) was awarded first prize in a Japanese national sake competition, regarded as one of the most important sake competitions in the world. Hiro is imported by Hiro Sake USA in Manhasset, NY. More information about the company can be found at www.hirosake.com, on Facebook, on Twitter @hiro_sake and on Instagram @Tryhirosake.