We are pleased to announce that Hiro Blue was awarded a Gold medal and Reserve Class Champion at the 19th Annual Rodeo Uncorked!®️ International Wine Competition.

This 19th annual competition was held in honor of Dalton, founding member of the annual wine competition, as well as the Rodeo’s five wine committees.

Of those entries, 480 entries were from Texas wineries, and 203 entries came from this year’s featured region, Washington State, an established wine-growing region with a reputation for excellence in wine production.

“The wine industry is a vital sector of Texas agriculture, which is why we are incredibly proud to host one of the largest international wine competitions in the country, as it further supports our mission of promoting agriculture,” said Rodeo President and CEO Chris Boleman.

Congratulations to all medal winners! 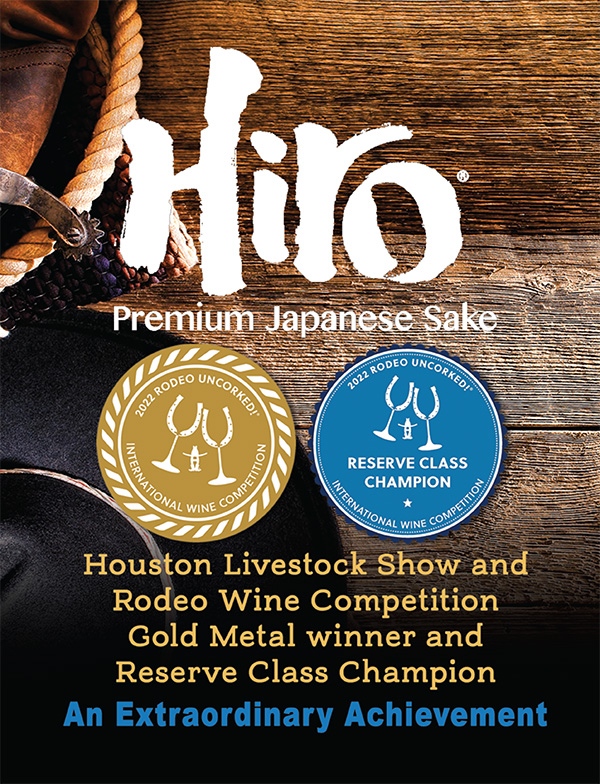 ​Many congratulations to the Hiro Sake teams in Murakami and in the U.S. For a second time, the San Francisco International Wine Competition awarded Hiro Gold with a double gold medal, 94 points and “Best Sake”. We are very proud!​ 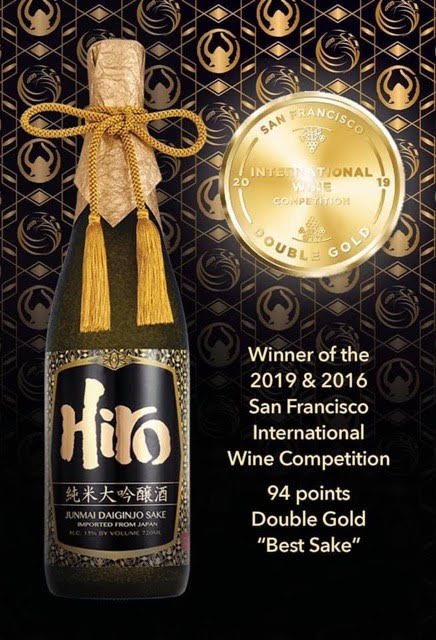 We are very proud to announce that Hiro Red Junmai Tokubetsu has won a GOLD medal at this year San Francisco International Wine Competition and was awarded 91 points out of 100. The credit goes to our brewing partner Tayio Shuzo and our Master Brewer Masaru San! KANPAI! 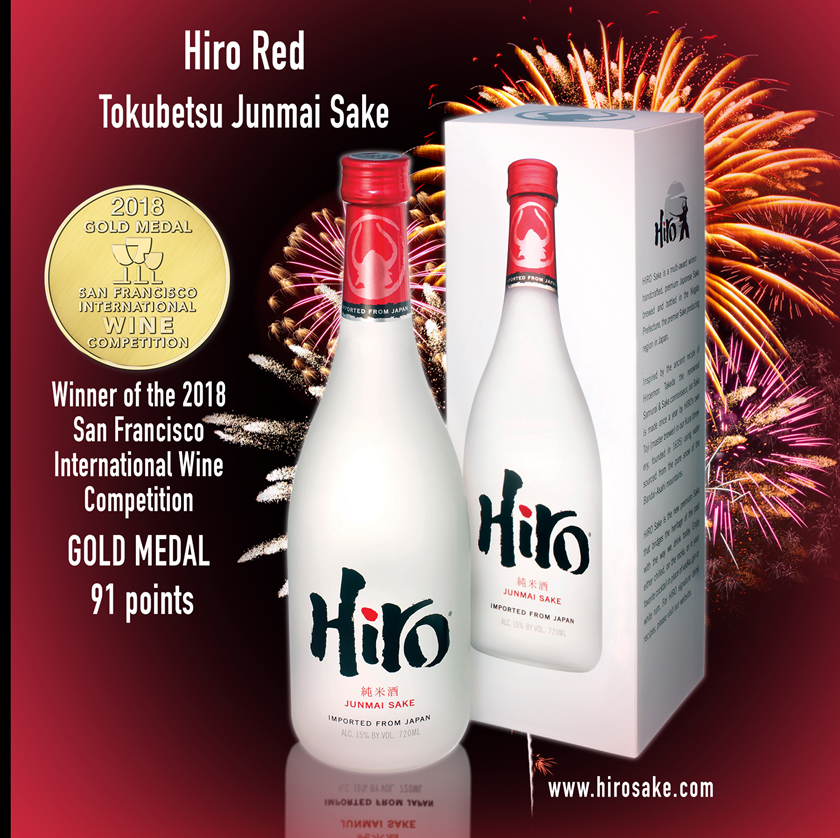 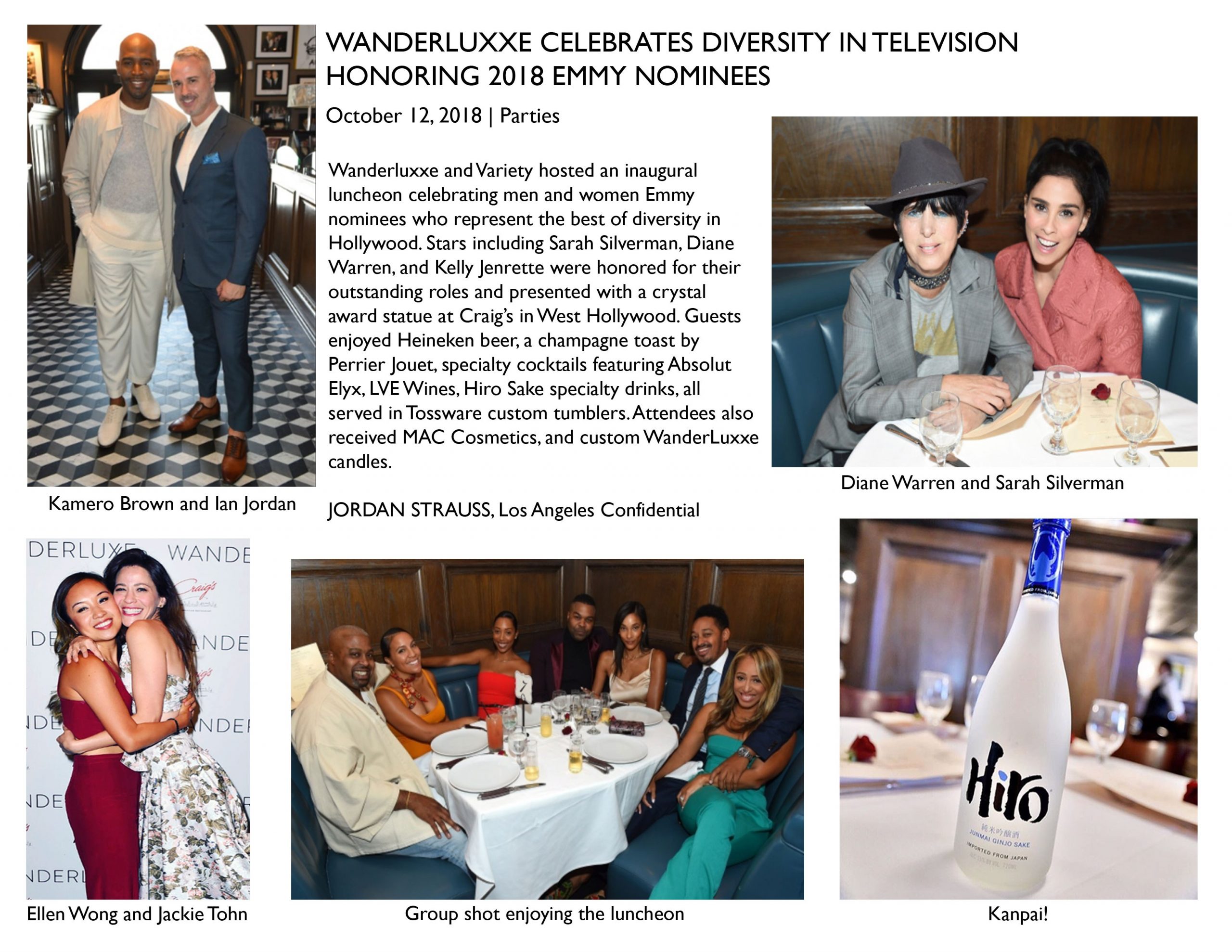 MIAMI, Dec. 5, 2017 /PRNewswire/ — Hiro Sake®, the award-winning, handcrafted, premium sake from Japan, is proud to announce its market entry to Japan, the country where it is produced. Hiro is hand crafted Japanese sake using only the finest ingredients at the Taiyo Sake Brewery in the Niigata Prefecture. The prestigious Taiyo Brewery, considered one of the finest craft sake breweries in Japan, will be distributing Hiro Gold in select cities in Japan beginning in 2018. 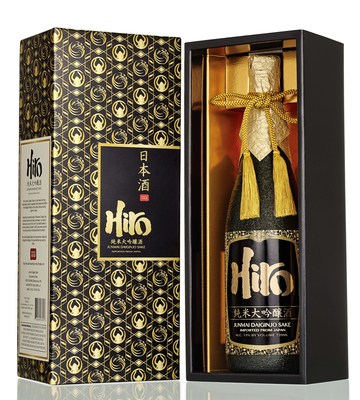 Hiro Sake was developed in 2011 by Carlos Arana, Marco Destefanis and Claudia Valotta, co-founders of Hiro Sake. They launched Hiro in the U.S. with Hiro Blue, a junmai ginjo sake, and Hiro Red, a ginjo sake now available in more than 20 markets*. After winning top awards year on year as best in class sake, Hiro was launched in Mexico (2015) and in Canada (2016).

Based on the success of the portfolio and the growing demand for premium sakes, the founders decided to expand the range in 2016 with the introduction of HIRO GOLD, an ultra-premium sake known as Junmai Daiginjo sake. Hiro Gold is crafted from 100% Koshi-Tanrei sake rice which is grown exclusively in the Niigata Prefecture, the premier sake producing region in Japan and the area where all Hiro Sake is brewed.

Hiro Gold is produced in limited quantities only once a year by Hiro’s Toji (Master Brewer) and his group of Kurabitos (team of Brewers) at the esteemed Taiyo Sake Brewery. This prestigious brewery is a ten-time gold medal winner at the National New Sake Awards, the largest and most acknowledged sake competition in Japan.

The Taiyo Sake Brewery is well-known in Japan for their exceptional sake production and takes pride in a centuries-long, unbroken line of sake making history and tradition in the city of Murakami in the Niigata Prefecture. Taiyo was formed through the merger of 14 different Murakami breweries, one brewery having been established in 1635.

“The Taiyo Brewery produces some of Japan’s finest sakes and it is a testament to the high quality of Hiro Gold that one of the most important brewers in Japan – our brewer – wants to introduce it into their own home market,” says Carlos Arana, co-founder and CEO of Hiro Sake. “As we celebrate our sixth anniversary, we continue to be excited about the growth of the sake category in the U.S. and we are thrilled to partner with our colleagues at the Taiyo Sake Brewery to bring Hiro Gold to the Japanese market. We couldn’t have asked for better start to 2018.”

Hiro Gold is available exclusively in Duty Free and in select key markets in the U.S. with a suggested retail price of $100.00 (15% alc./vol.; 720ml). Hiro Gold was the winner of a Double Gold Medal for Best Japanese Sake at the 2016 San Francisco International Wine Competition.

ABOUT HIRO SAKE
Hiro Sake is premium Japanese sake brewed in the Niigata Prefecture, the premiere sake-producing region of Japan. Hiro offers Hiro Red (junmai), Hiro Blue (junmai ginjo) and the ultra-premium Hiro Gold (Junmai Daiginjo). In 2011 Hiro’s Toji (Sake Master) was awarded first prize in a Japanese national sake competition, regarded as one of the most important sake competitions in the world. Hiro is imported by Hiro Sake USA in Manhasset, NY. More information about the company can be found at www.hirosake.com, on Facebook, on Twitter @hiro_sake and on Instagram @Tryhirosake.

Hiro Sake, the award-winning, handcrafted sake from Japan, has appointed Chase International Inc as its distribution partner for the US travel retail and Caribbean markets.

Hiro Gold, an ultra-premium sake known as Junmai Daiginjo sake, is crafted from 100% Koshi-Tanrei sake rice. This rice is grown exclusively in the Niigata Prefecture, the premier sake-producing region in Japan, where all Hiro Sake is brewed.

Hiro Gold is produced in limited quantities only once a year by Hiro’s Toji (master brewer).

Hiro Gold is not available in Japan, and is exclusive to US and European travel retail with a suggested retail price of US$100 (15%abv; 720ml).

Hiro Gold won a Double Gold Medal at the 2016 San Francisco World Spirits Competition and joins the portfolio of Hiro Blue and Hiro Red, which have been growing double digits since their introduction six years ago, and are now available in over half the US domestically.

Hiro is handcrafted Japanese sake using only the finest ingredients at the Brewery Taiyo Shuzo, established in 1635 in the Niigata Prefecture. This Brewery is considered one of the finest craft sake breweries in Japan.

Hiro Red and Hiro Blue can be used in cocktails, standing in for vodka, rum or gin, and with only half the alcohol of traditional spirits.

Hiro is only 39 calories per ounce, additive- and preservative-free, gluten-free (made with rice), histamine- and allergen-free and has one-third of the acidity of wine.

Hiro Sake has won additional accolades from the San Francisco International Wine Competition including a Double Gold Medal for Hiro Blue (2015) and named Best of Nation from Japan, the highest award bestowed.

Carlos Arana, Co-founder and CEO of Hiro Sake LLC, said: “As we celebrate our sixth anniversary of the US launch of Hiro Sake, we are excited to partner with Chase International, due to their long-standing expertise and strong reputation building super- and ultra-premium brands in the US travel retail and Caribbean markets.”

He continued: “We have grown double digits every year since 2011, and this year we are looking forward to expanding the presence of Hiro Gold, and the ultra-premium sake category, into US travel retail and internationally.”

Chase Donaldson, President of Chase International, commented: “We are extremely honored to be representing Hiro’s handcrafted sake brands, and look forward to building the awareness and presence of this exquisite ultra-premium brand. 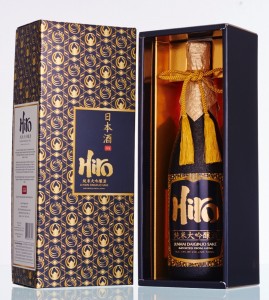